How to change our nature?

In order to be a conqueror in the different challenges of life, it is necessary to have a change of nature.

Jabez was more honorable than his brothers. His mother had named him Jabez, saying, “I gave birth to him in pain.” Jabez cried out to the God of Israel, “Oh, that you would bless me and enlarge my territory! Let your hand be with me, and keep me from harm so that I will be free from pain.” And God granted his request. Kelub, Shuhah’s brother, was the father of Mehir, who was the father of Eshton.
(1 Chronicles 4:9-11 NIV) 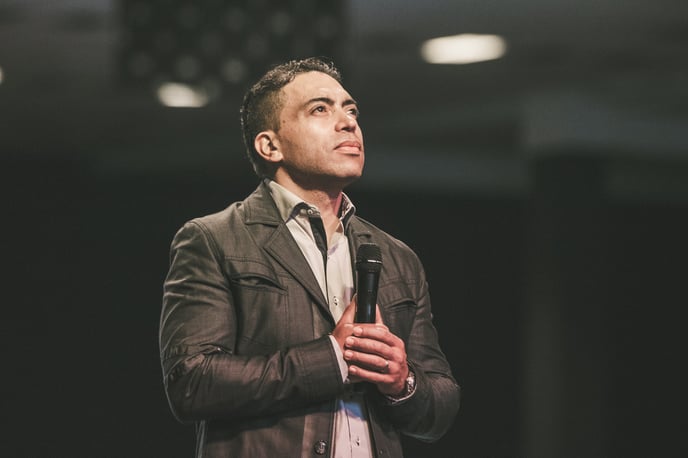 The Bible does not tell exactly what were the specific conquests that Jabez obtained, but his prayer was so powerful that it was recorded in the Bible. All the people who prayed intensely, experienced a change in their nature and obtained extraordinary results.

In his prayer, Jabez wanted to say: "Lord, if You bless me, if You enlarge my territory, if Your hand is on my life and if You deliver me from evil, then I can become  a conqueror."

You cannot have growth, be a conqueror, do extraordinary things for God, if your nature does not change.

A tamer had a show in Las Vegas for six years, with a trained tiger he called "kitten." But one day, to his tremendous surprise, the "kitten" bit him in his arm. The tamer hit him on the snout, then the tiger jumped on him, dragging him across the stage. Thank God this man did not die, because the tiger only grabbed him by the shoulder. If he had taken him by the neck the consequences would have been fatal. An animal will always have its animal nature.

If you want to be successful in life, your nature must change.

Now I understand that all the men of God who saw extraordinary events in their lives had to pray intensely like Jabesh, because the Holy Spirit is the only one who can change or modify a person’s nature.

It was humanly impossible for Abraham and Sarah to have children. For Abraham and Sara, the years had passed. They were of old age, but God changed their nature so that they could become parents of multitudes.
Jacob wanted to live a correct life, but his nature did not allow that. He cheated, told lies, wanted to get away with it, and was an opportunist.

When he saw that evil was coming upon him, he prayed for the Holy Spirit to change his nature. From that moment on, he had a life of total integrity and was called a prince of God.

More honorable than his brothers: The name Jabez means "affliction". He understood that his name had its origin in the pain his mother suffered when giving birth to him.

She unburdened herself to her son, thinking that he had been guilty for her pain and from that moment Jabez was marked.

Many have been marked by different afflictions. Perhaps the cause of your afflictions is that your children are not committed to God, that they are captives of addictions, immoralities or rebellion.

Jabez understood that the only way to be free was to cry out to God.
The Bible says that because he cried out to God with all his heart and asked for God’s blessing, the Lord answered him and he became more honorable than all his brothers.

God rewarded the disposition of his heart.

2. Crying out to victory: The Lord teaches us through Jeremiah:

‘Call to me and I will answer you and tell you great and unsearchable things you do not know.’
(Jeremiah 33:3 NIV)

Jabez's prayer was similar to Jacob's prayer when he was wrestling with the angel. Jacob was in a difficult situation because his brother was going to kill him. But that night, the angel of God appeared to him and Jacob wrestled with him. The angel said: "Let go of me because the dawn is already breaking." However, Jacob was determined not to let go of him until he received blessing.
The angel knew what it was that Jacob longed for, so he asked him what his name was. Jacob replied: "My name is supplanter." His name had originated, like that of Jabez, when his mother gave birth to him, since he had taken his brother Esau by the heel, who was born first, as if to say: “You want to be the first, but I am going to supplant you”.

The name "Supplanter" had marked Jacob for a long time, but the angel told him: "From now on, your name changes, you will no longer be an impersonator, but Israel, Prince of God."

Possibly you long to have a large church, you long for the multitudes and to be of great influence. But there is a nature that has been marking you for years and you think that you cannot remove that stigma from your life.

The examples above show that when crying out to God with all our heart, our nature can change.