What are the characteristics of a 12 meeting?

There are special characteristics that define a 12 meeting. 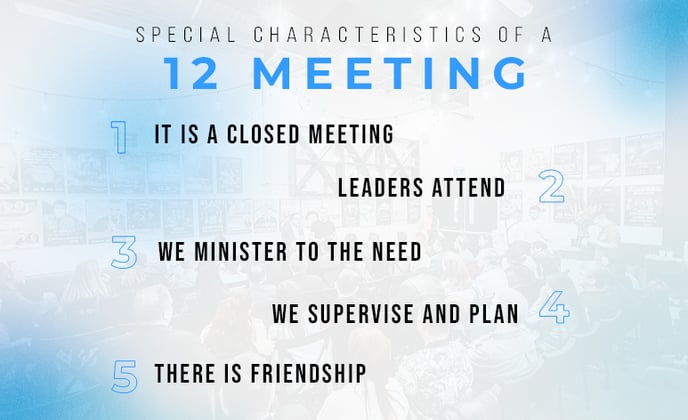 1. It is a closed meeting: unlike a cell group, 12 meetings are not open, they are only for those you have called with the purpose of being a part of your team of 12.

In a cell group one of the purposes is to invite new people every week, on the other hand in a 12 meeting, only leaders attend and new people never attend.

The disciples came to him and asked, “Why do you speak to the people in parables?” He replied, “Because the knowledge of the secrets of the kingdom of heaven has been given to you, but not to them.

2. Leaders attend: for someone to be part of a team of 12, they need to have done Life Class and be in self-formation in Destiny Training.

Those who are part of a team of 12 are either already leaders or are aiming to be in the near term.

“The apostles gathered around Jesus and reported to him all they had done and taught. Then, because so many people were coming and going that they did not even have a chance to eat, he said to them, “Come with me by yourselves to a quiet place and get some rest.”

3. We minister to the need: the Word of God should be a fundamental part of every meeting, focused on meeting the needs of every leader and in forming their character.

"Peter took him aside and began to rebuke him. “Never, Lord!” he said. “This shall never happen to you!” Jesus turned and said to Peter, “Get behind me, Satan! You are a stumbling block to me; you do not have in mind the concerns of God, but merely human concerns.”

4. We supervise and plan: part of the meeting should be dedicated to supervising the work of the Vision and planning strategies to meet the different ministerial challenges.

“After this the Lord appointed seventy-two others and sent them two by two ahead of him to every town and place where he was about to go.”

5. Friendship: we must never forget the ingredient of friendship in the team and we achieve this by sharing not just in the meeting, but in different social integration activities which the leader of the team should promote.

“I no longer call you servants, because a servant does not know his master’s business. Instead, I have called you friends, for everything that I learned from my Father I have made known to you.”