What is the importance of a Team of 12?

The Team of 12 is the foundation for unprecedented growth in leadership.

Why twelve? Why not eleven, or thirteen?

Why didn't Jesus focus on training the multitudes? Why did He put His strength into training twelve?

What is the secret of the twelve?

The answer to all this is very simple: the purpose of Jesus was to establish the Kingdom of God on earth. In the Word, the number twelve, speaks of GOVERNMENT. Remember that God established the people of Israel and decided to govern them through twelve tribes. He also established His Church and decided to rule it through the twelve apostles. 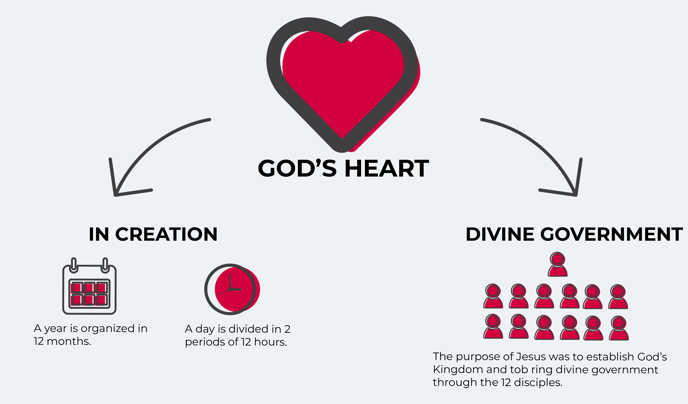 Although the work to develop the ministry includes different areas, the heart of the Vision and the foundation of ministerial growth is the formation of the team of 12.

We have the example of the early church. Judas Iscariot was an apostle, he had a responsibility and a ministry. Before being filled with the Holy Spirit and the beginning of explosive multiplication, the eleven met to choose the replacement for Judas. Despite having two good candidates, they only choose one (Acts 1:21-26). They could have stayed a team of 11, or accepted to be a team of 13, but consciously, and directed by the Lord, they chose to go back to being a team of 12.

When Jesus thought about the way in which He would develop His ministry and make it transcend through the centuries, His strategy was to establish a team of 12 disciples. In Mark 3:14, it says, "And he appointed twelve, to be with him, and to send them out to preach." This shows us the example of Jesus, the wisest person who has ever lived, chose to form a team of 12 as His strategy to serve God.

1 Peter 2:21 says that everything Jesus did was for the purpose of setting an example for us to follow in His footsteps.